What is difference between Udyog aadhaar and udyam registration ? 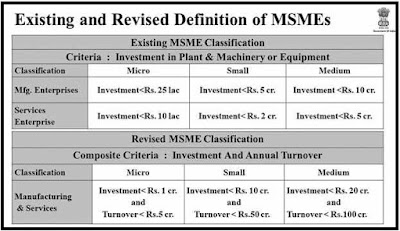 Here we always get confused when someone come's and tell us about Udyam Registration, is it true to afraid from by hearing this Actually not.

Becouse we are already aware of Udyog aadhaar from ministry of msme, this is one of the Government certificate that is being provided to the companies who is being registered with Udyog aadhaar.

Even the they have change their website before it was (www.udyogaadhaar.gov.in) to (www.udyamregistration.gov.in).

They also have changed the procedure, documents and format for registeration of msme from Udyog Aadhaar to Udyam registration,

Still it doesn't stop till here, after making such changes they also have changed their polices between service provider and manufacturing.

Finance Minister Sitharaman have also revised by definations they also had declared that there will be no more differences between service provider and Manufacturer, there scale between micro small and medium enterpriese will be accordingly,

for micro units earlier it was Rs 10 Lakh for service provider and for manufacturing it was Rs 25 lakh, but now these creteria has been changed when the investment upto Rs. 1 crore and its turnover less than Rs 10 crore then it will called has micro units.

Before the enterprises was defined when investment of service provider was Rs. 2 crore and for manufacturing its was Rs. 5 crore, now it has been changed to the investment of Rs. 10 crore till the turnover of Rs. 50 crore Anually till that it will called has small units.

the enterpriese was called as medium  enterprises when its investment of service povider was Rs. 5 crore and for manufacturing itss was Rs. 10 crore, now it has been changed to the investment of Rs. 20 crore and it will remain medium till its turnover is upto Rs. 100 crore, till that time the companies with turnover less then Rs. 100 crore wil called has medium enterprises,

You can get exact idea with the imae given above

Now their is no diffrenc between manufacturer and service, these changes under msme have make many enterprenur boost for their business,

These changed has been benefited to many companies, though government has tried to remove the fear of Enterprenur that if they increase their turnover beyond the creteria.

It has always fear of removig their tittle of msme's, though removing the tittle will also remove the benefits that they have ben geeting through that tittle.
Best Automated Bot Traffic
udyam registration 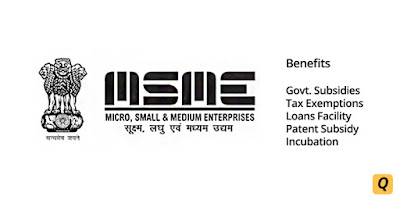